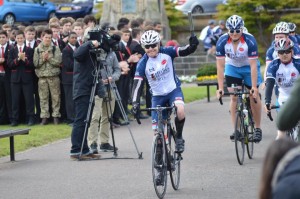 Jamie is an old personal friend of mine from our time serving together in the Army Reserves Airborne Forces.

In the summer of 2007, during a routine solo flight, his life changed for ever when his plane engine caught fire. Within seconds he was engulfed in flames, and knowing that certain death awaited him Jamie had to act.

Jamie sustained a total of sixty percent third-degree burns to his body and remained in intensive care for 12 months.

Jamie has undergone over 50 operations and had intensive physiotherapy rehabilitation since the incident, an accident which doctors believed left him with only a 5% chance of survival. 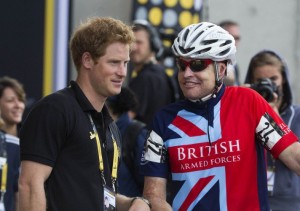 Through extraordinary mental strength and determination Jamie has gone a long way to re-building his life. The manner in which he has approached life since the accident is a shining example of dealing with adversity. He has been an Olympic Torch bearer, Ivictus Games competitor, expedition leader and charity fund raiser for various military charities.

His story and incredible strength of character are an inspiration to all audiences who hear him speak. By speaking to people about his life, the accident and the horrendous fight back to normality Jamie aims to inspire confidence and energy in the audience.

Places are limited on this inspirational talk so book your place early. I guarantee you that Jamie’s story will move you and inspire you, so book early as places are limited.

Click the links below for more about Jamie’s inspirational life story.